This week it’s not a photo from the Natural world as usual, it’s a photo of humans. I took that photo of my 11 years old girl at the Rossetti store with Mr. Sean, her pointe shoes needed some adjustments before her next ballet lesson.I love that store, it has a lot of “cachet”, very photogenic (It’s on St-Denis street). I waited until my girl talked to Mr. Sean to explain where her shoes were hurting her. The first shots were OK but then i saw their reflections in the mirror and zoomed my lens to a wider setting and adjusted my composition. 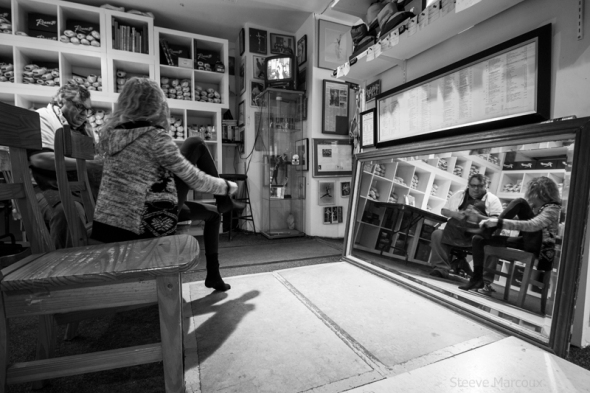 I went to the Omega Park with my wife and my 2 girls on Easter day, we like to visit that ZOO at least twice a year. It’s different than a regular ZOO, you drive your car in the forest while the animals are free to go where they want except some animals like the predators (wolves, bears, coyote and arctic foxes). The animals are very tame so you can get close to them in general, at around mid point during the visit you can stop and get out of your car and walk with the White-tailed Deer close to the road. Around my house it’s difficult to get close to a Deer to get a good photo even with a 400mm lens, so I decided to get a different view and used my 10-18mm zoom lens to show the Deer in it’s environment.

This week the temperature was up and down, the morning I took that shot it was very foggy and the Old Canal was particularly interesting. I waited until the sunrise so i would be able to include it in my composition. I didn’t push the contrast too much during the processing since I wanted to keep the mood of that morning. 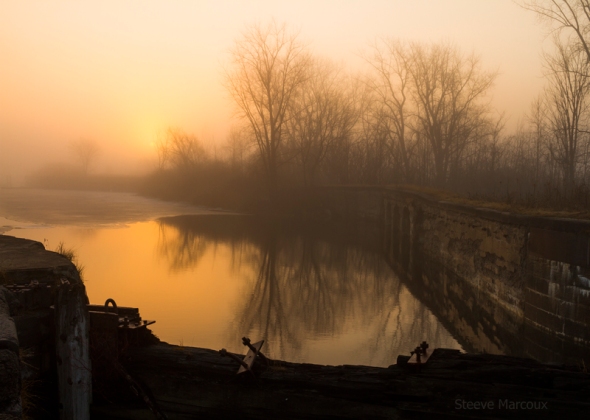 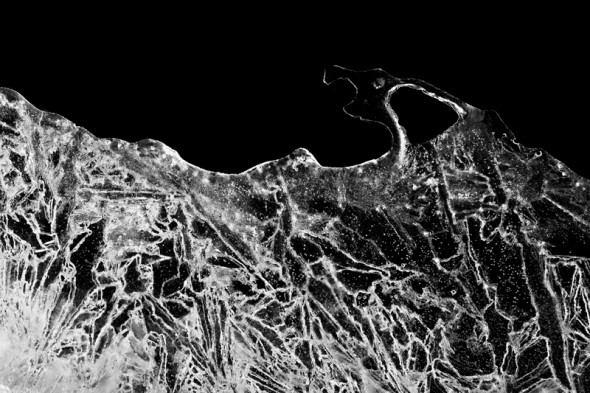 Just a teaser for you, more photos coming soon from our visit to the Butterflies in liberty at the Montreal’s Botanical garden. I went there with my family and my brother Dominic to take photos, it’s a great event that is fun for everyone ! 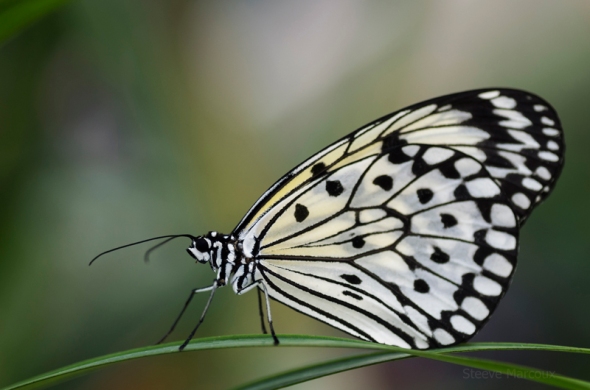 Friday morning on my way to work I stopped along a field with an old wooden fence covered with frosted vegetation and fog in the background. I used my Canon 10-18mm STM at 12mm to get a wider view. 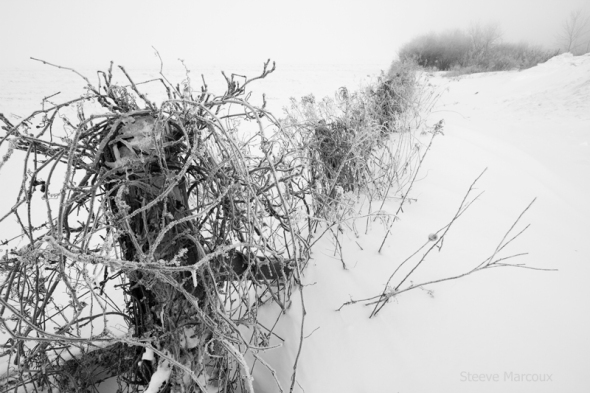 It’s Ice fishing season here in Canada, not the greatest winter but we finally got enough ice thickness so that peoples can now put there ice fishing cabin out on the ice. I was too early (around sunrise), so nobody was fishing yet. I posted the B&W conversion because I felt it was better looking than the color version. 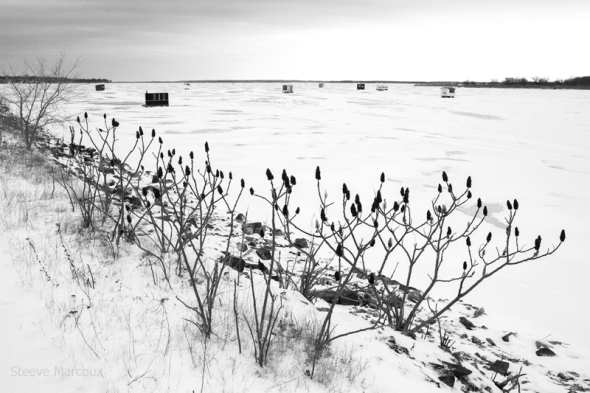 I was walking along the old Canal Soulanges in Pointe-des-Cascades before going to work to see if I could find something interesting. I did took some shots but was not really satisfied, as I walked back to my truck I finally “saw” a good shot while looking at the water. The reflection of the old Lighthouse and a tree on the water’s surface, as a bonus the light inside the lighthouse was in function. I tried different ISO and F/stop to obtain the shutter speed I needed to blur the slow flowing water of the Canal. 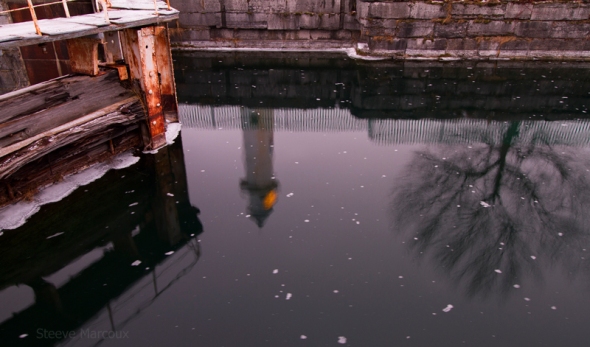 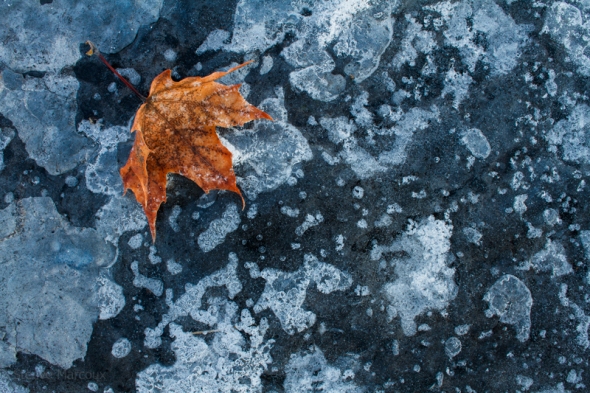 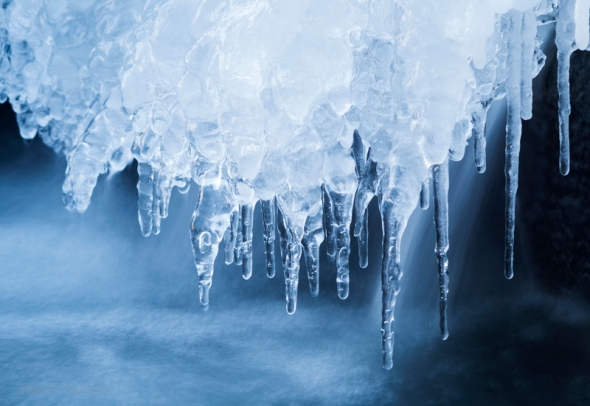 This morning it was -4°C when I woke-up, I headed to a field near my home that I knew that will have a lot of frost. But the most interesting subject was Clover leaves caught in ice in a waterhole.

Taken with my Pentax K50 and Tamron 90mm Macro, tripod.

I found this dead Dragonfly laying on Sundews (Carnivorous plants). It’s not the plants that killed the Dragonfly because it’s too big for them, the Dragonfly just died there. The heavy dew on the Dragonfly added the final touch on this cold morning. Taken with my Pentax K50 and Tamron 90mm Macro at f/14, tripod.

It’s been some weeks now that I’ve posted a photo, I didn’t had time and didn’t take much photos. Yesterday I went Frog hunting with my camera and came back with Bullfrog shots.

I found this one particularly interesting with the blood sucking Mosquito on the Frog’s nose !

I used extension tubes on my Canon 400mm/5.6 L to get closer, my camera was mounted on my tripod which was immersed almost completely in the water to get that eyes view.

I took the following shot on a morning just before going to work, at first I was looking for Frogs but came back with that backlit shot of a Fly. I liked the fact that it was upside down.

This week it’s a photo of a Rose Chafer that i found on a walk near a pond. there were a lot of them i just had to choose the one who was best positioned and most photogenic.

Taken with Pentax K50 and Tamron 90mm Macro with some fill-in flash with the in board flash.

This week photo is more abstract than usual, I found a Fern that was underwater and also liked the trees reflected on the water surface. So I used a Polarizer to cut off some reflection to be able to see the fern but not too much polarisation so that I could still see the reflection of the trees.

The young American Robin are finally out of their nest and they are easy to find because of their constant demand for food ! You just have to follow their chirping sound ! This little fellow below was high on a branch waiting for one of the parent to bring some foods, unfortunately when one of them brought foods it wasn’t at a good angle and wasn’t worth a good shot. So here is my favorite of the series, the wind was blowing as we can see in it’s feathers.

This morning I went to a local pond where there is many adult Bullfrogs at close range. Some are more tolerant than others, I just need to find a Bullfrog in a beautiful setting and that will let me close. What I liked about this adult male American Bullfrog was the moss on the shore and the perfect reflection.

Taken with my Canon 7D and 400mm/5.6 L, I pushed my tripod as far as I could in the pond to have a water level point of view.

This morning I went to one of my favorite place for photographing Green Frogs and Bullfrogs. It’s a local Parc with several ponds from small to big, it’s a Frog paradise and photographer paradise 🙂

To get that low view of this Bullfrog I positioned my tripod in the water until I got the framing I wanted.

Last week I stopped a couple of times along a lake shore to see what I could found, I was able after 3 encounter with a Canada Geese couple to take an interesting

photo of one of them last week with my 400mm lens.

This morning I went again

to see if I could find frogs, yes they are singing, but this morning it was snowing ….. again

But I saw this Canada Geese couple swimming among the long weeds to find foods. They kept coming closer and closer, in the end they were too close for my 400mm lens. To my surprise the got off the water and walked directly in my direction, I grabbed my K50 which was equipped with my DA 16-85mm, they walked just past me and I had time taking some shots. The light level was very low and I didn’t had time to change my settings and I forgot to turn off the SR ( the shutter speed was fast enough to stop the camera movement but not the birds movements).

I got one shot that is sharp enough (no bird movement) and a good pose by one of the Canada Geese. It’s the first time that I saw Canada Geese coming so close to me, usually they swim or flew away when i’m at around 300 feet !!!

Last night we went to an historical site at Coteau-du-Lac which is close to my home. We were lucky to observe a Great Blue Heron fishing in the river and he was quite good ! I couldn’t get closer or lower because of where i was and where the Heron was fishing but with some cropping the shot still have very good IQ. Sometimes you just get lucky …. not so much luck for the fish 😉 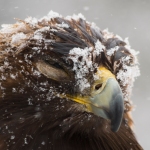 was taken at the Ecomuseum of Ste-Anne-de-Bellevue near my home. Taken with my Pentax K50 and DA 55-300mm WR.

I didn’t post much lately, not much time and the temperature or subjects didn’t cooperated. Went to test my new Pentax K50 this morning, it was -15°C (-23°C with the windchill). I like to go to a local old canal to try out new gear because of the details in the canal.